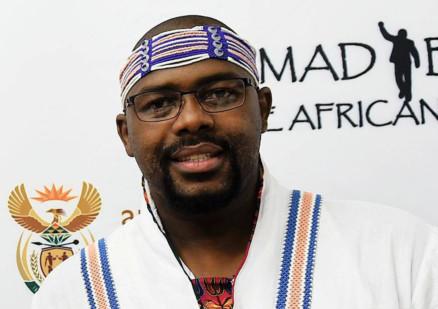 Pretoria – Legal trouble continues to pile up against Mandela The Opera producer and member of the AbaThembu royal family Unathi Mtirara, said to have pocketed over R2 million in funds meant to pay artists and others he contracted for the stage production in December last year.

City lawyers Boshoff are handling a lawsuit for two clients, one of which involves monies owed and the other for equipment hired out to the producer.

They told the Pretoria News that for the last show, which ran from November 27 to December 2 last year, he used the services of Vanessa Nicolau, who trades as Innovations, for R295 000. He paid a R150 000 deposit but incurred further costs of R145 000 for on-set sound harmonies and make-up, which upped the balance to R380 423.

“The bulk of payments would have been made by the end of November, but to allow the show to go on an extension was given to the end of the production,” the lawyers said.

When pressure was exerted on Mtirara he paid R40 000 in January, but this made very little difference.

“There were too many people to be paid, called in at the last minute at Mtirara’s urgent request.”

Mtirara also hired 30 high-resolution LED lights and batteries for the orchestra – never returned to the owner. Kagiso Boinamo said he had been approached at the last minute by a desperate Mtirara.

“We signed documents, exchanged banking details and agreed to R6 000 payment for a week, much less than the normal price.”

By mid-January Mtirara promised to drop off the lights off at Boinamo’s house, explaining there were payment delays from the production’s sponsor, the Department of Arts and Culture.

“He did not bring them. From then on he has not responded to any of my calls or messages.”

By holding on to the equipment, Mtirara was killing Boinamo’s business, and in the 18 weeks he had them there had been no lights to supply others in the business.

The two claimants are part of many affected by Mtirara’s apparent fraud, as more than 160 various artists have reported not being paid either for their role in the production.

Mandela the Opera wowed audiences at the State Theatre, with sponsorship from the department and contracts stating payment had to be made by December 14.

None were made as Mtirara claimed he was not being paid by the department. However, the department confirmed Mtirara had been paid in January. He has not been heard from for two months now.

Coenraad Kukkuk Attorneys, representing Casta Diva Guesthouse is also trying to recover R15 000 in cash and R440 000 for goods and services. They and the countless other disgruntled artists have not been able to find him. On Tuesday Boshoff appealed to anyone who knew of Mtirara’s whereabouts, or who wanted to institute claims against him to call 012 424 7500.